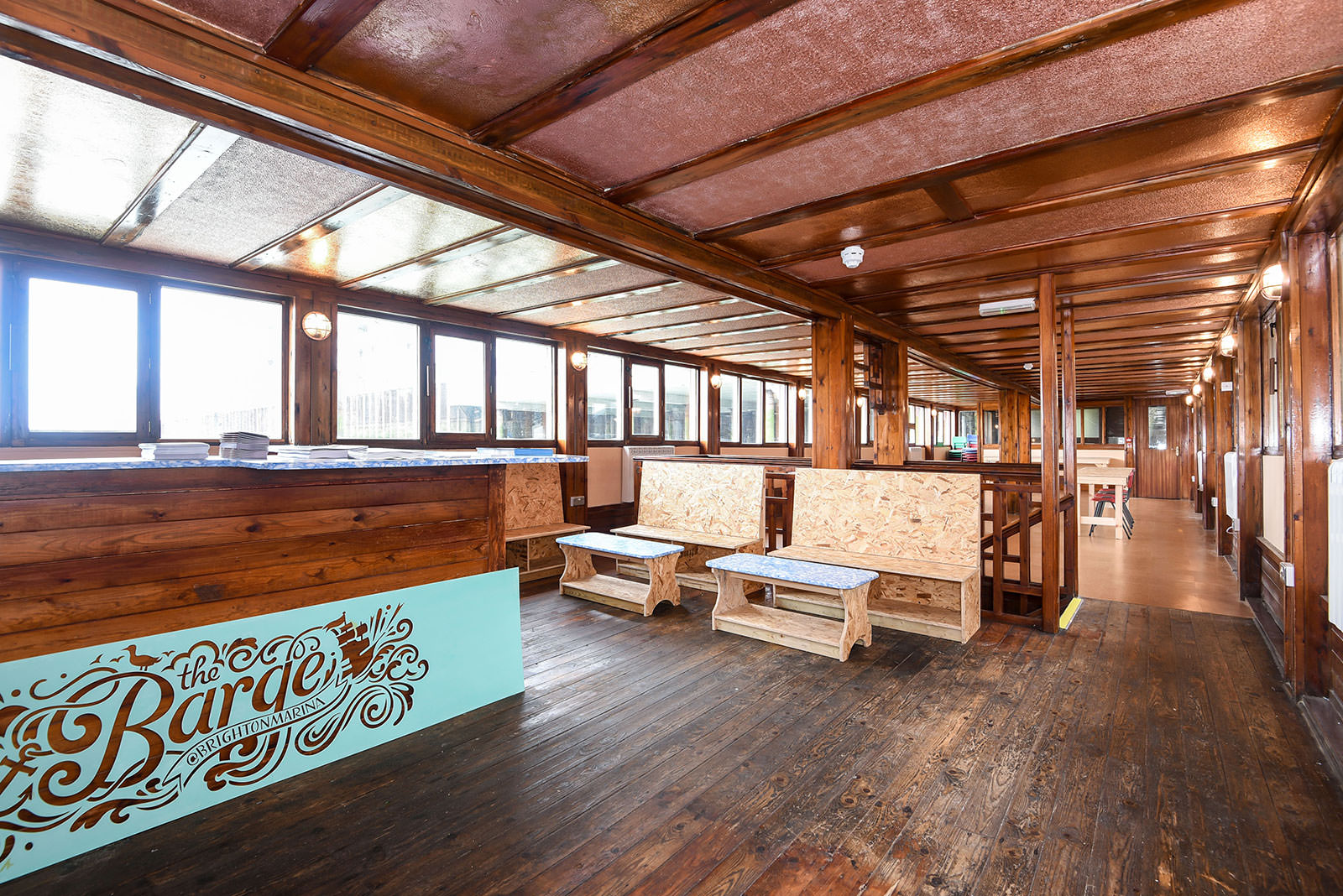 The Barge at Brighton Marina relaunched in the summer of 2017 as a non-profit community and youth hub available to hire at reasonable rates in the heart of Brighton Marina.

Originally built in 1921 and named the Selby Virgo, she was originally a Humber barge that took grain up and down the waterways of the north of England. In the late 20th century she was converted into a floating Chinese restaurant called The Pagoda and found her home at Brighton Marina. In 2016 her then owner decided to sell the boat. Rather than scrap her, the Marina owners decided to take the opportunity to turn her into a non-profit space for people within the Marina, in the city and beyond.

All activities on the Barge are managed by ONCA – an arts and environmental charity whose aim is to support the wellbeing of people and places by increasing awareness of, and engagement with, environmental and social challenges. Managing the Barge is an opportunity for ONCA to not only bring the wealth of art and culture they already curate to the Marina but also a chance to extend their charitable activities to East Brighton and beyond.