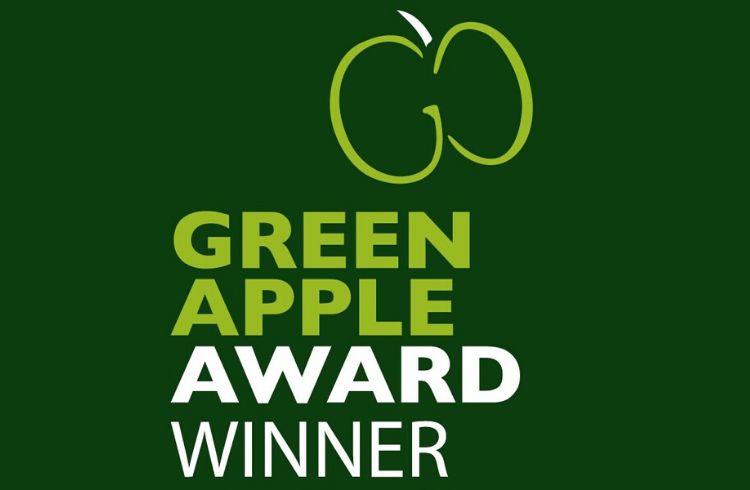 The award was presented on Monday 25 November at a special ceremony at the Houses of Parliament in London.

As the UK’s largest marina, it is home to a range of cafes, bars and restaurants, shops, bowling, gym, cinema, luxury hotel, over 1,000 apartments and the boats themselves.

A delighted Kirsty Pollard, the marina’s Centre Manager, said: “We are absolutely delighted to have been awarded a Silver Green Apple Award, it is a real achievement one we could not have done it without Grundon and our teams on the ground, a real joint effort.

“We have a high amount of waste resulting from our many restaurant operators, limited budget and resource we’ve had to work a lot harder on a lot less. That has meant always reinforcing the recycling message to all our food and drink outlets through workshops, posters, booklets and we’re thrilled with our success.”

Commercial owners Landsec had set a target to more than double the marina’s recycling rate by 2020, as well as achieving zero waste to landfill and reducing its carbon footprint. To achieve this, the marina worked with Grundon Waste Management.

Within just over a year, recycling had increased from 34.4% to 62.5% with success stories including over 10,500kgs of green waste and almost 100 tonnes of glass collected and sent to recycling.

General waste was reduced by nearly 100 tonnes, segregated food waste increased by over 30 tonnes, zero waste to landfill was achieved and recycling figures were equivalent to 1,089 trees saved and 161,949kgs CO2 saved.

Other improvements include CCTV monitoring introduced to stop fly-tipping, black bin liners have been banned, na check and challenge area, ew bins installed and a waste information handbook has been developed for tenants and their employees.

Andy Piasko, Contract Manager from Grundon, said: “We are absolutely thrilled at Brighton Marina’s success, which is richly deserved. They are to be congratulated on all their achievements and we are proud to have worked alongside them to deliver these improvements. Well done to everyone.”

The Green Apple Environment Awards were launched in 1994 by The Green Organisation to recognise, reward and promote environmental best practice around the world, and have become well established as one of the most popular global environmental campaigns.